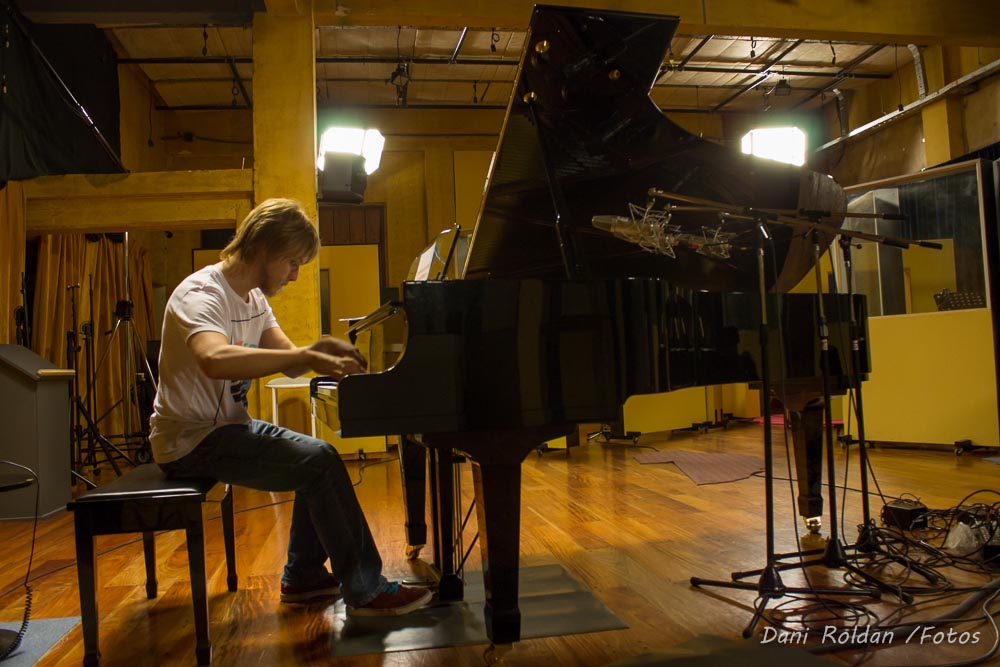 Santiago Belgrano, pianist, composer and educator born in Córdoba, Argentina, in 1989.  He started to play piano at an early age, and since he was a kid he felt attracted by many different genres, such as jazz, classical music and Latin American music. His education, both in conservatories and through private lessons, was focused on classical piano, jazz and composition. He studied with many of the most recognized musicians and teachers of Argentina, the Netherlands and the United States of America, such as Juan “Pollo” Raffo, Enrique Norris, Paul Komen, Sophia Rosoff, John Bloomfield, Jacob Sacks y Michael Moore.

He performed at many of the main stages in Argentina and abroad, and had the privilege of sharing stage with some of the most distinguished artists of the genre, such as Michael Moore, Jack Walrath, Matt Wilson, Enrique Norris, Carlos Lastra, Mariano y Sebastián Loiácono, entre otros.

Since 2010 she’s been working as a private teacher, teaching piano, solfege and ensemble playing. He also worked as a Teacher Assistant at Prins Claus, Groningen (the Netherlands), were he was on charge of Solfege for Bachelor students.

His album “Vicisitudes”, recorded on 2014, was selected by the prestigious Club del Disco on its selection from October, 2014. The album features Diana Arias on bass, Enrique Peña Arenas on guitar and Guillermo Harriague on drums, plus guests Rodrigo Domínguez on tenor sax and Enrique Norris on cornet.

“A new name in Argentine jazz, that has a lot to say and gives us an interesting surprise.” – Club del Disco (Argentina)

“Without any doubt a good debut, that does not have weak points and invites to immerse yourself  in a sea of tangible sounds, for those who want to feel the musical experience discovering an artist prone to show fresh ideas” –  Impronta de Jazz(Argentina)

“Vicisitudes, his debut work, is an album of such a compositional maturity that positioned him among the front pages of the litter of young Argentine musicians” – Sólo como perro malo (Argentina)

Skip back to main navigation